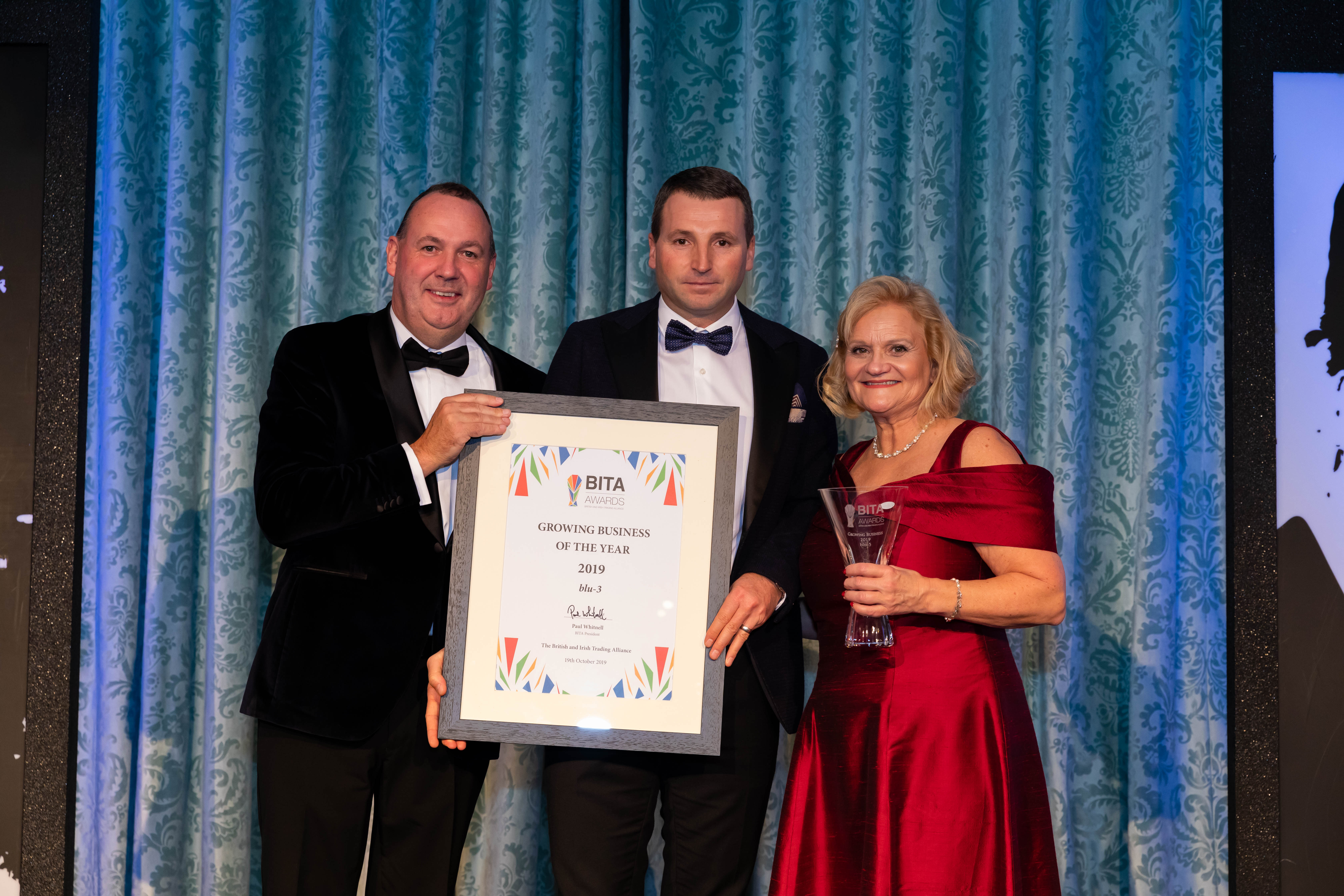 Specialist infrastructure provider blu-3 is celebrating after taking home gold in the Growing Business category at the prestigious British and Irish Trading Alliance (‘BITA’) Awards. Held on October 14, the BITA Awards feature eight highly prized awards, with a strong contingent across a broad spectrum of industries in the UK and Ireland.

The 2019 BITA Awards, held at The Savoy Hotel, London, recognise businesses that display excellence in growth strategy, profitability and continuous development. blu-3 was selected by the judging panel to receive the coveted Growing Business Award on the back of significant and sustained growth throughout the year, including a number of high profile infrastructure projects.

Galvanised by a number of major new contracts and projects throughout the year, blu-3 exemplified growth not only in revenue and turnover, but also in scale and capacity. Reflecting its trajectory, the opening of a new central London office also brought the business closer to its clients and improved accessibility to leading project sites.

Danny Chaney, blu-3 chairman and founder, commented: “Receiving this award from BITA is true testament to the dedicated team at blu-3, as well as our commitment to high standards. 2019 has been a very strong period of growth for the company, strengthened by our growing list of accomplishments and accreditations.

We’ve been involved in some incredible projects over the last 12 months and as such, accolades like the Growing Business Award from BITA are a great opportunity to take a step back and look at how far the business has come in a relatively short period of time, which has only been made possible by a passionate and dedicated team.”